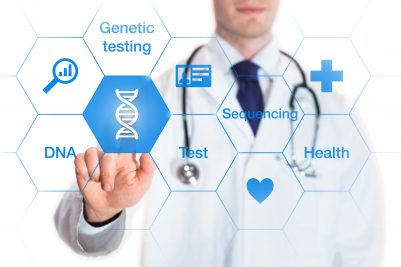 To avoid needless ethical and/or legal disputes and to avoid wasting time and money, it’s important to think about genomic issues early on in a case. It’s also useful to look across sets of cases to get a clearer understanding of how genomics can provide an effective strategy.

In general, it’s desirable and cost-effective to use a sequential and thoughtful approach to assessing the facts relevant to genomic analysis. For example, screening selected medical records is often a good starting point. A literature search also may be appropriate, especially with the improved new technology that can accelerate that process.  At some juncture, it may be appropriate to seek blood or tissue to undertake genetic analysis for inherited gene defects that can give rise to “driver mutations” linked to a cancer type. For some diseases, a systems biology analysis (e.g. identification of “gene expression signatures) may provide information specific to the role (or not) of a “toxin.” Other information about a person’s family background and biology also may help determine the most appropriate genomic approach. Those processes may be expanded to obtain consents and blood or tumor tissue for scientific studies.

We have applied varying combinations of these techniques in multiple toxic tort cases over the past several years. The table below provides a summary of five cases where genomic and systems biology approaches helped to visualize molecular factors (X factors) that were highly relevant to the disease, but the factors were relatively invisible to most people.

We provide below a more detailed description of each of these cases.

Mr. Cacoilo was diagnosed with acute myeloid leukemia (AML) at age 24 (average age of onset 67). The case involved claims that Mr. Cacoilo’s disease was caused by short-term, occupational exposure to benzene while serving in the military.

In view of those factors, a systematic review of the published literature revealed that her CDKN2A variant was linked to five scientifically plausible models of how her cancers could have occurred  even without asbestos exposure. These alternative cause models turned out to be substantial to the defense case.

Mr. Leach was diagnosed with AML at 58-years-old. His lawsuit alleged that benzene exposure caused his disease.

We used DNA from [blood, tissue] to perform a full genome screen for known causal and unique germline genetic variants associated with familial MDS/AML Syndrome, increased inherited risks for hematologic cancers, and the onset of de novo AML. These tests identified a unique FGFR4 gene mutation. That mutation caused the constitutively induced expression of STAT3, a protein that is a major driver in the onset of AML. These findings provided material evidence regarding why plaintiff developed de novo AML.

Ms. Guzman was diagnosed with papillary thyroid cancer. At that time, she was XX and the mother of XX young childen. Her father had worked in a pipe yard for oil and gas.  A lawsuit alleged her cancer was caused by in utero exposure to Naturally Occurring Radioactive Material (NORM) brought home by her father.

The case was tried to a jury. The defendant was found not liable.

Mr. Harvey was diagnosed with AML at age 34. A lawsuit  alleged the AML was caused by occupational benzene exposure.

Next generation sequencing revealed 12 extremely rare, hereditary mutations in FANC genes In the medical literature we uncovered, the mutations have been well documented to increase the risk of developing AML by over 500%. Genetic testing also revealed further information about genes that are relevant to how an individual’s molecular system reacts to benzene. The analysis indicated Mr. Guzman inherited a a number of genes with some protective mutations (also known as alleles), and did not inherit adverse mutations as to bodily processing of benzene. These findings were used by the defense lawyers to argue that the plaintiff’s AML was caused by his genetic predisposition and that susceptibility to benzene was not a factor.

These examples illustrate how genomic analysis can provide powerful information for use in analyzing toxic tort cases, including those involving alleged exposure to asbestos, benzene, radiation, and other “toxins.”  Genomic analysis of inherited mutations can be undertaken without biopsy material; all we need is blood or some forms of non-cancer tissue. When one or mutations are identified, we can quickly sort out the ones most likely to matter, and assess the likely impact of a specific mutation. Some mutations are very significant, but others are not so significant.

As we see it, our role is to help bring visibility to those typically unseen factors that can be very important in a particular person or a subset of persons with similar biologic traits. Every day, people from our team and other researchers are at work investigating these systems and uncovering new information. We can bring visibility to those systems and the X factors that most people do not know about and do not understand.

To highlight the point, we’ve briefly described five situations in which a person was stricken by an awful disease. In these instances, the disease was what some would call a “signature disease” viewed as arising mainly (or only) in persons “exposed” to a particular “toxin.” However, as shown, x factors were present and we are able to make them visible. We then worked with lawyers and others to help them understand the data and to help them communicate the information to decision-makers, including jurors. Indeed, in the case involving Ms. Guzman, our Len van Zyl testified as an expert in genetics and explained the X factors that had been invisibly at work inside Ms. Guzman. In that instance, the jurors found the defendant not liable despite the natural sympathy any person would feel for a young mother dying because of a cancer.

We hope these examples illustrate that genomic and systems analyses can bring to light information that can be highly material to evaluating why a disease arose in one particular person, or in a group of people with similar traits. Our multi-disciplinary team includes outliers with far more knowledge than most about the intersections between science and law, and the vast new knowledge that is now available or that will arrive long before most thought it could be done. We welcome the opportunity to talk with you about ways to utilize the power of genomics and systems biology to develop and apply better information for better decision-making in particular instances or across groups of cases and issues.

To learn more about how you can implement genetic and a systems biology analysis in your case(s), please fill out the form, below.