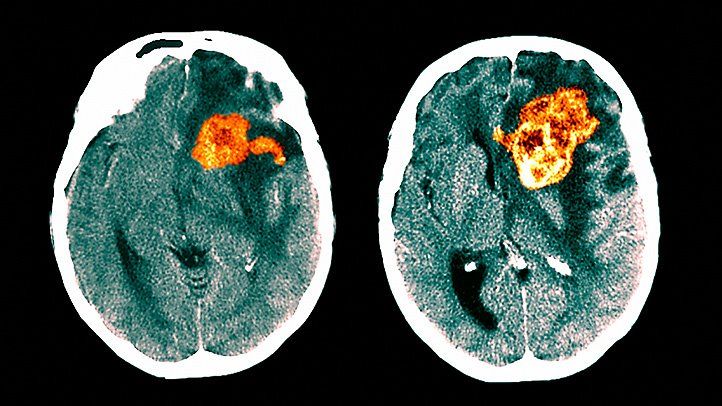 Legal defenses in toxic tort cases regarding mesothelioma or lymphoma are increasingly dependent on genetic evidence demonstrating genetic predisposition – i.e., demonstrating that the cancer was caused by genetic defects that the plaintiff inherited. In the case of other cancers, however, litigators may face a lack of data supporting legal arguments of predisposition. For litigators working on glioblastoma cases, an elegant new study may provide valuable evidence related to the role of genetics in glioblastoma development. These new findings could change how genetic defenses are structured in these toxic tort cases.

Glioblastoma is a remarkably aggressive and lethal cancer, with only a 5% five-year survival rate. Many claimants have argued their glioblastomas to be caused by negligent exposure (e.g., exposure to microwave radiation from cellular telephones) in toxic tort battles despite a lack of reliable scientific evidence linking exposure to causation.

Research performed last month may provide valuable new evidence linking glioblastoma to specific genetic factors. Researchers set out to identify what leads to the massive upregulation of microRNA 10-b in glioblastoma. This increased expression has been long identified, but the cause of this hallmark change had remained undetermined until now.

MicroRNA 10-b (miR-10b) is a segment of RNA that is generally silenced from being transcribed in healthy human brain cells. In glioblastoma cells, the expression of miR-10b is exponentially higher. Some researchers even go as far as to call glioblastomas “addicted” to these non-coding sequences, relying on them for metastatic growth. This new research indicates, in short, that altered activity of just one enhancer is sufficient to cause rapid, uncontrolled production of miR-10b.

Enhancers can be considered on/off switches for genes. These regulatory molecules can modulate gene expression at many points in the human genome, and often malfunction in cancerous cells. The disturbance of normal enhancer activity has been identified as a critical event in several cancers and can contribute to the aberrant production of gene products. Over time, this action can lead to the development of cancers like glioblastoma and many others.

The enhancer at issue in the study by Deforzh, et al. was found to be responsible for the accumulation of HOX gene products, another defining feature of glioblastomas. All of these events take place entirely in the non-coding regions of DNA and constitute another example of how critical fully sequencing an individual’s genome can be for understanding cancer causation.

For all these reasons, whole-genome sequencing (WGS) is critical for litigators who want to unravel the genetic causation of an individual’s cancer and use this information to prove alternative causation. While whole-exome sequencing only identifies sequences that code for proteins, WGS can reveal these critical non-coding enhancers that modulate the expression of factors like miR-10b. Identifying aberrant enhancer activity can provide strong evidence for or against the position that an individual’s cancer developed through purely genetic means, irrespective of environmental exposures.